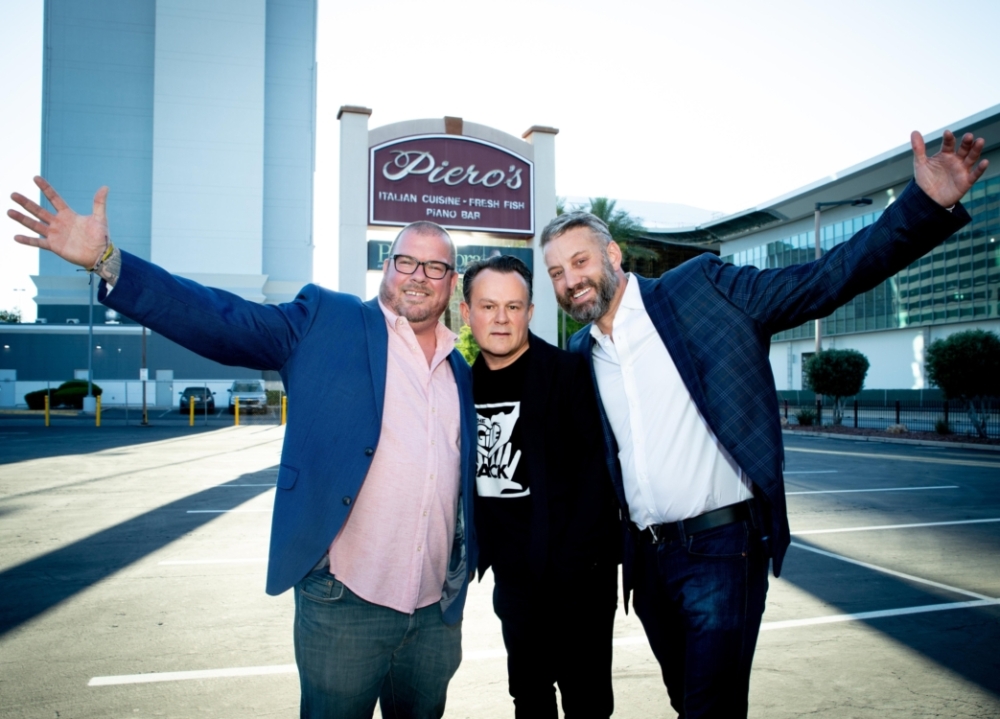 And the tradition is about much more than solely food.

For many Las Vegans—and visitors—Piero’s is like family, and having it open two days per week, as it currently is until Covid-19 restrictions lessen, serves as a symbol that Vegas is working its way back to some type of normalcy.

While the normal Piero’s vibe isn’t in full effect at diminished occupancy, the flavor of the place is still enough to give patrons a taste of the good ole days of 2019 …

Piero’s Italian Cuisine managing partner Evan Glusman grew up in Piero’s, which has been open for 39 years, and knows a vast majority of the people who frequent he and his father, Freddie’s, restaurant. The Piero’s faithful visit for the great food, service and ambiance/aura. It’s a unique triple-threat combination that has to be felt to be understood.

Evan made the decision to remain closed for several months as the pandemic raged, but then he reopened Piero’s A-Room, Tark Room, Monkey Bar and other intimate interior rooms last October. The Vegas dining tradition is still currently only open each Friday and Saturday, in addition to a special occasion here and there (the Glusmans reopened on Valentine’s Sunday in 2021 to the delight of many.)

Having the knowledge that Piero’s is marching on during the pandemic is comforting for many reasons. Piero’s is like an old friend, when even if you haven’t spoken to them in a while, you know they are always there and you can pick up a conversation like no time lapsed.

Some of my fondest Vegas dining memories have been at Piero’s:

Part of any Piero’s meal is people watching as celebrities, Las Vegas notables and everyday folk mingle in between bites and sips. As the hipsters would say, “It’s a scene, man.”

Even only at two nights per week, the scene still unfolds at Piero’s and Evan is there greeting old friends, check that, greeting family.

In a recent article at Vegas.eater.com, Glusman said his outlook for later this year and 2022 is brightening, and he and his team are starting to take reservations for groups and companies who are connected to conventions and other business-related travel.

“We’re seeing that people want to come back to Vegas. It’s just a matter of the country opening back up and things returning to normalcy,” he said.

A huge win for Piero’s Italian Cuisine is the opening of the Las Vegas Convention Center expansion just across the street. When those halls are filled, the glory days should return for Piero’s and the limited occupancy restrictions will be a thing of the past.

Upon reopening in October, Evan told me how special Piero’s is to him. The sentiment hasn’t changed and even getting it in small doses until everything is back 100 percent is a nice experience.

“There’s an aura about this place and a distinctive and unique Piero’s energy,” said Glusman. “Piero’s is a part of my identity. The same goes for many of our employees, some who have been here for 25 or more years. Since we’ve been closed, it’s been a shock to us. My family comes first, but Piero’s isn’t a job for me and it’s like my extended family. It’s also more than a job for many of the employees. Piero’s really is a part of all of them and all of us. And I believe that is the case for a lot of our customers. Being away from all of that has been difficult and now we are excited to return and get back to business.”

And now we await a return to full normalcy—and occupancy. And knowing Piero’s and Glusman are a part of that return journey is comforting.

And it’s about much more than solely food.