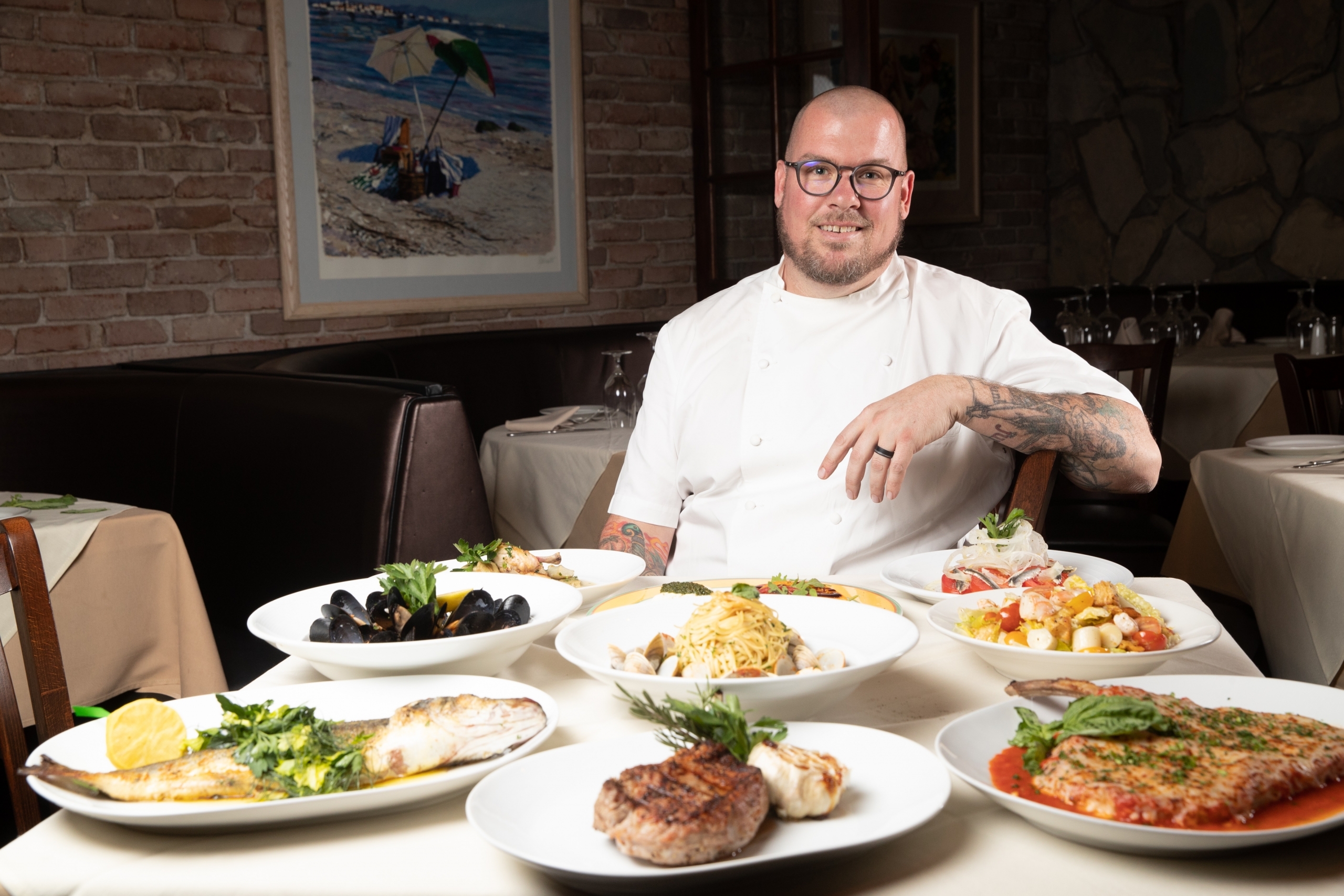 Since 1982, Piero’s Italian Cuisine has delivered some of the best authentic Italian food and seafood in Las Vegas. Today, new chef Chris Conlon will continue the traditions of this famous Las Vegas restaurant into 2020 and beyond.

Conlon was selected to build on the amazing history and tradition of Chef Gilbert Fetaz, who had been with Piero’s since the beginning and helped Piero’s become one of the best Italian restaurants in Las Vegas.

Chef Gilbert retired to his native France in 2019. Conlon understands the legacy he is taking over and embraces the new role.

“I am honored and humbled to be selected to help lead this iconic restaurant into a new decade,” says Conlon, an accomplished chef who prior to being hired by Piero’s owners Freddie and Evan Glusman, headed up 17 restaurants for the renowned Hakkasan Group. Those restaurants were located in such international locales as Las Vegas, California, Texas and Hawaii.

“Piero’s has remained one of the best Italian restaurants in Las Vegas, even as the city evolved into an international dining destination. An influx of mega-resorts, new restaurant openings and top celebrity chefs moved into the market and the Piero’s team thrived by serving authentic Italian cuisine to locals, visitors, celebrities, athletes and more. And each guest became a part of the extended Piero’s family. I know the challenge to live up to the expectations, but that is exciting for me and our team to continue and enhance Piero’s.”

“Chef Gilbert was the guy for 39 years and he played a huge part on building Piero’s into what is today,” Glusman says. “He will always be loved and appreciated.”

While following a legend in any situation is daunting, Evan is happy with the transition and excited for the future.

“Chris brings a new attitude to the kitchen, has an amazing personality, and understands and loves what Piero’s has done for 39 years,” Evan says. “He didn’t want to re-create the wheel, but simply improve on a few things. He is unbelievably talented and what he is doing has brought new life and a younger demographic in to experience Piero’s authentic Italian cuisine. We love Piero’s and plan to be here forever.”

Conlon says the Piero’s regular menu favorites and specialties won’t change, but a menu “refresher and modernization” is being implemented. Piero’s unmatched Osso Bucco is one example that won’t be altered. Conlon has traveled the world tasting other Osso Bucco dishes and is continually wowed by the Piero’s Las Vegas slow-cooked version.

“The Piero’s menu is awesome and consistency has always been something the Glusmans have demanded in the entire experience, from service to quality ingredients to the final product that is delivered to our guests,” Conlon says. “Consistency is key for top restaurants and that is accomplished by demanding high standards and sticking to a process from start to finish. There will be no compromise in our process. I have also listened to the team here, and learned from them, because we have an unbelievable group of people and they are appreciated.”

The “modernized” menu additions include a Charcuterie board, new seafood options, additional appetizers and a homemade meatballs recipe from Pat, Freddie Glusman’s longtime assistant and wine program purveyor. The recipe is from Pat’s mother and has quickly become a favorite, much like the Garbage Caesar and other unique Piero’s Las Vegas Italian Cuisine menu items.

Conlon originally moved to Las Vegas in 1999 to open the award-winning Aureole by Charlie Palmer at Mandalay Bay. Conlon tutored directly under Palmer, who was named the James Beard “Best Chef in America” in 1997.

Now, Conlon is charged with continuing a tradition of one of the best Italian restaurants in Las Vegas, but he also appreciates that what makes Piero’s special isn’t solely what happens in the kitchen.

“Freddie and Evan and the Piero’s team understand exactly what the foundation of a successful restaurant is. That is hospitality and ensuring an amazing guest experience,” says Conlon. “Each guest at Piero’s feels special and is welcomed like one of the extended family and that isn’t something that is common. You have to have a passion for what you do to be authentic, and there really isn’t a more authentic restaurant experience in Las Vegas. We consider our guests, friends, and that is at the foundation of what Piero’s is all about.”