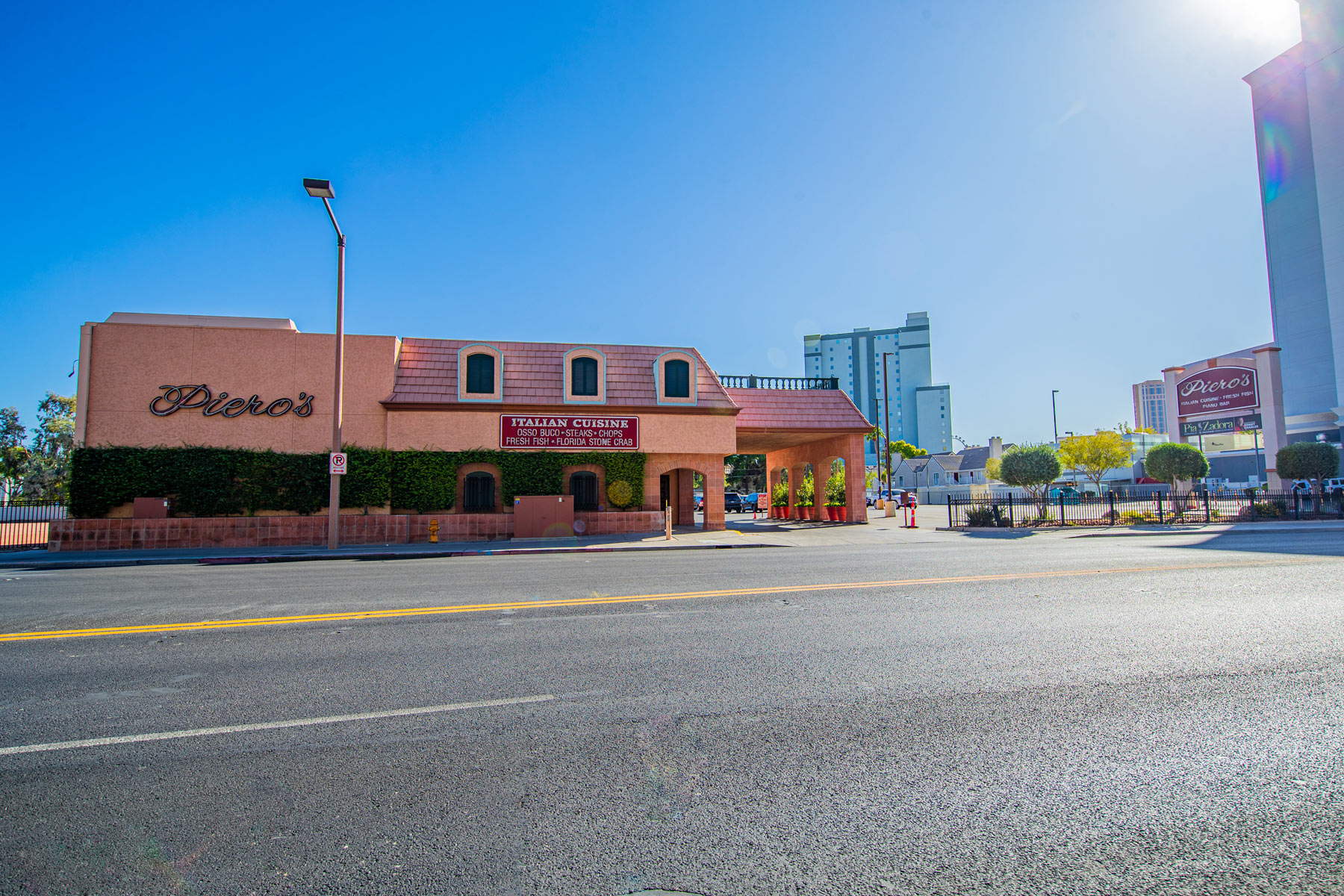 “Piero’s is a bit of an institution in Las Vegas and has been since 1982.  It’s not just the food, which, under executive chef Chris Conlon, is better than ever; but also, all of those things (think: décor, lighting, music, clientele, staff, etc.) that we refer to as ambiance.

This character is so perfect for what it is that when Martin Scorsese was filming Casino (1995)—his award-winning paean to Las Vegas’ good old/bad old days, starring Robert DeNiro, Sharon Stone, and Joe Pesci—he opted, instead of building a set for the film’s many pivotal restaurant scenes, to rent-out Piero’s for a week, and shoot the scenes, there.

Some of my fondest Las Vegas memories of the past couple of decades took place at Piero’s, and as is the case with many locals, the Piero’s family has become an extension of my own.  Or perhaps it’s the other way around.  As a matter of fact, in her recent article, “LAS VEGAS: An Insiders’ Guide to the City of Lights”—the cover story of the October 2020 issue of American Way—my one-time editor and longtime pal, Melinda Sheckells aptly describes Piero’s as ‘the place where many of our greatest nights have drawn to a close.’

On Thursday, having been invited by managing partner Evan Glusman to the restaurant’s “Raising the Curtain Pre-View Night” I found myself gorging on an array of delicious dishes over the course of a delightfully relaxed evening.  It started off with a bang, though, when headwaiter Tim started in on what I refer to as their ‘Specials Spiel’ and piqued my interest when he mentioned that Sausage and Peppers was one of the appetizer specials.  So, I ordered it.  I couldn’t tell you why, seeing as the closest I’ve ever come to eating sausage and peppers has been on a grinder, but I figured I’d roll the dice.

The Sausage and Peppers was presented, and it wasn’t at all what I’d envisioned—which is to say that it wasn’t presented or prepared in the traditional manner, as it has since 1927 (when the dish was first served at the second annual Feast of San Gennaro down on Mulberry Street, in New York’s Little Italy) and as Sophia Petrillo made it on The Golden Girls.

Instead, Chef Chris’s Sausage and Peppers was a reinterpretation, if you will; featuring a rolled house-made Italian sausage served over a tasty mélange of roasted bell peppers, sweet onions, and San Marzano tomatoes, that’s finished with extra virgin olive oil and topped with translucent slices of parmesan.  The presentation was lovely and contemporary, and the flavors were magnificent.  The sausage was more savory and piquant than many Italian sausages, which was fine by me (as, to my way of thinking, a little sweet basil goes a very long way), and it was balanced wonderfully by the bright flavors of those San Marzano tomatoes.  I enjoyed it so much that I sopped-up whatever wouldn’t stay on my fork with some of the freshly baked bread and did everything short of licking the plate.

I could go on, but I’ve decided to go back and check out some of Chef Chris’s other new editions to the menu before I do.  In the meanwhile, Piero’s is now open for business on Fridays and Saturdays—with reservations available from 5:30pm to 9pm—and, as you’d expect from such a service-minded operation, all appropriate measures with regards to spacing, sanitizer, masks, and safety, are being staunchly adhered to and observed.

Welcome back, Piero’s!  You’ve been missed.”