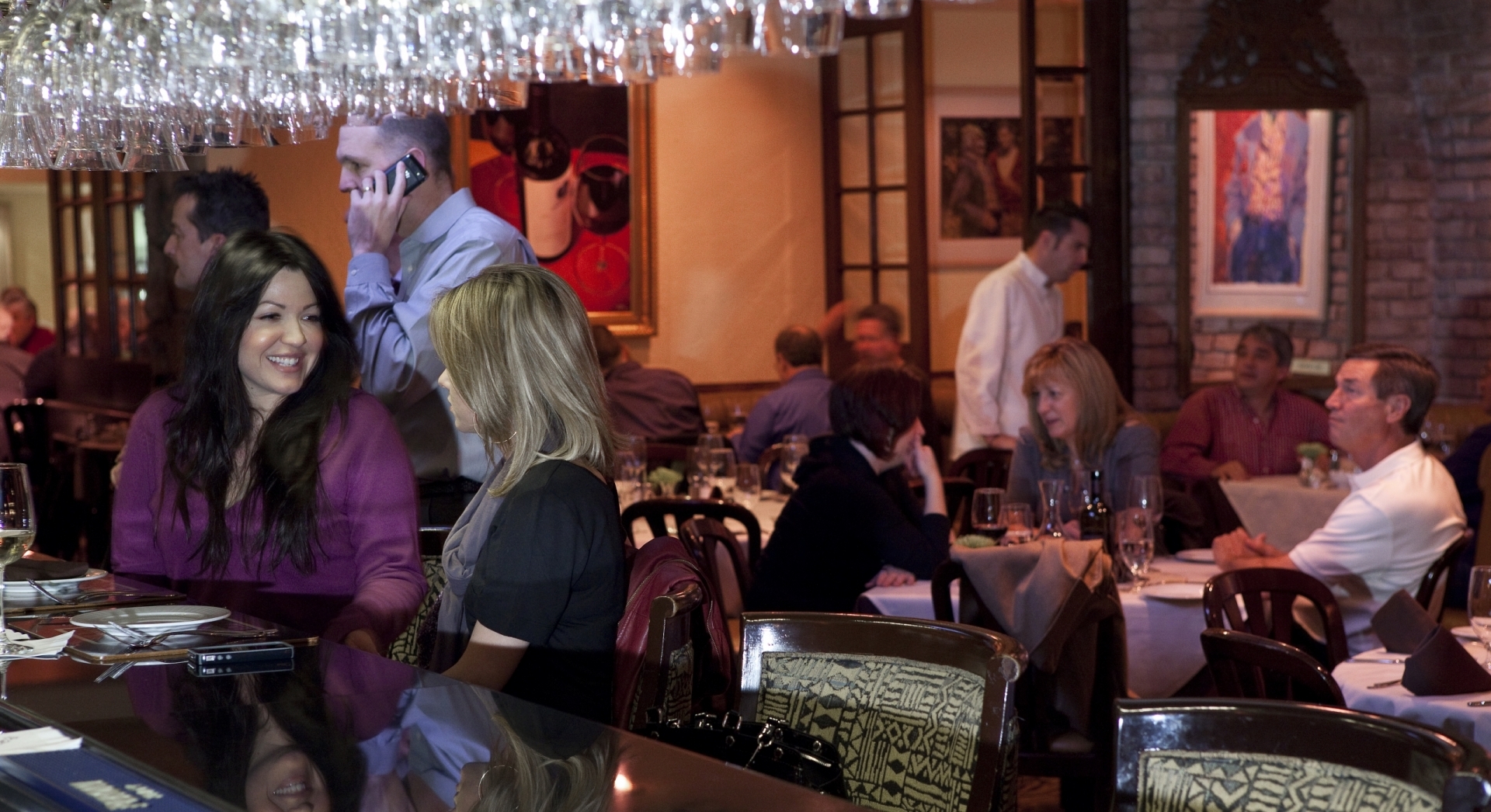 As we are continuing with this post, we are highlighting various “apres golf” spots, and here we explore why Piero’s is a Las Vegas favorite spot.We hope you enjoy additional details about the restaurant frequented by a who’s who of Vegas, Hollywood and everywhere.

Piero’s Italian Cuisine is located across from the Las Vegas Convention Center in the heart of Las Vegas and is high on our list of favorite restaurants.

For sure, many words could be used to describe what has made—and sustains—Piero’s Italian Cuisine one of the best restaurants in Las Vegas history. Founded in 1982 by Freddie Glusman, Piero’s has been serving authentic Italian food to superstars, locals and visitors ever since, establishing a worldwide reputation along the way. 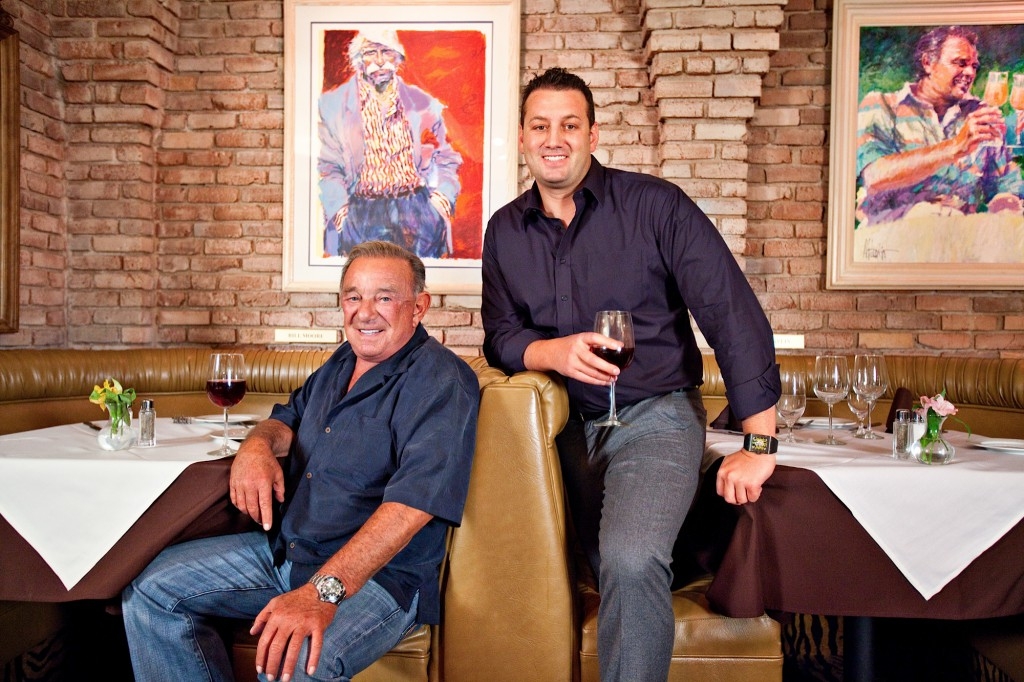 I wanted to go directly to the source, Freddie, to determine the one word that best describes the Piero’s legend.

“What do you mean? One word that describes Piero’s? How should I know?” Glusman says in his one-and-only, gruff tone as he walks through the restaurant’s historic “A Room” (to learn more about Glusman, click now to read about my recent dinner with him).

“Well, you are the founder and owner, so I thought you could give me some insider insight,” I quickly reply to convince him that I was up to his challenging conversational style.

“What do you mean, how do I define it? Look it up!” Glusman says, as only he can.

From Webster’s Dictionary, the definition of consistency: the agreement or harmony between parts or elements and a pattern of sticking with one way of thinking or acting.

Harmony isn’t the word that Glusman used to describe Piero’s, but it’s fitting just the same because the entire team at Piero’s works together to make the place special and guarantee, well, “consistency.”

Glusman did finally expand on what makes Piero’s elite and a place people like to visit again and again, whether a local from Vegas or a visitor who has traveled thousands of miles for the experience.

“No matter what night and no matter how busy, people will get the same service and same food, and that’s no easy task, but we don’t accept anything less,” Glusman says. “Evan (Freddie’s son) and I continually taste the food and we know exactly how everything should taste and be presented. So, you got it?”

I think better of asking Glusman to define the word ‘harmony’ that was part of the Webster’s definition, but I do speak with several longtime Piero’s team members to determine each of their thoughts about Freddie’s new, favorite word.

“We are here all of the time and that’s a big part of being consistent,” Evan says, who grew up in the restaurant and now oversees operations. “It’s vitally important to have an owner present at a restaurant to lead the team and I try to lead by example. But even though we are here much of the time, we also empower our team. We encourage our leaders to make decisions and get the job done.

“They understand and embrace our expectations and philosophies, and that’s very important to maintaining consistency. We are fortunate to have a very experienced team, some who have been with us for decades, including chef Gilbert (Fetaz) who has been here since day one. We have been doing the same thing night after night, week after week, month after month and year after year, and it is habit forming. We can sustain such attention to detail because we all love it.”

Fetaz worked with Piero Broglio, the original chef, and understands what it takes to deliver on a nightly basis. 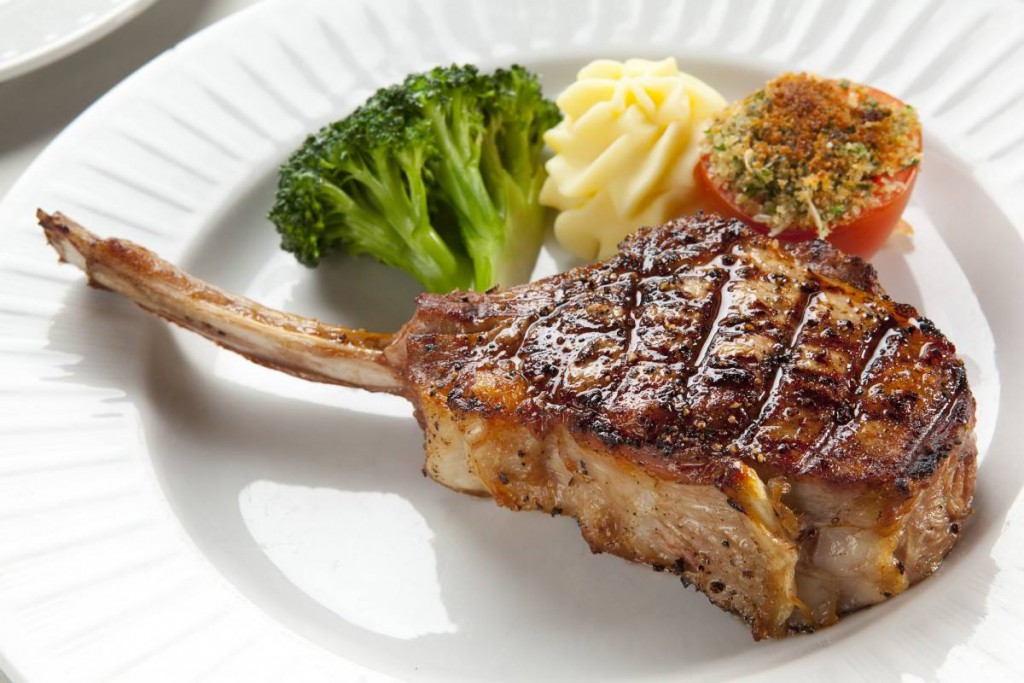 “We use only the best products and ingredients, and never cut corners, ever, and that allows us to be consistent in addition to knowing exactly how to prepare each dish precisely,” Fetaz says. “If you had the Osso Bucco in 1982, it’s the same Osso Bucco today. People expect that and we give them exactly what they want. It’s not easy and why many restaurants can’t achieve ‘consistency’, but we demand it from ourselves each night and we take a lot of pride in that.”

Sous-chef Antonio Martinez, who has been at Piero’s for 27 years, agrees.

“We are a well-oiled machine and make magic each night,” he says.

It’s one thing to offer consistent food items, but Piero’s ensures a consistent experience at every level and, collectively, it creates a unique and enticing atmosphere.

“There’s a certain spirit and magic at Piero’s that really has to be experienced to understand it,” says Theresa Mayorga, special events coordinator. “I can list each detail about how our team will be on the same page every night and/or during special occasions, but what makes Piero’s unique are the people, from our owners to the front-of-house-staff including hosts, captains, waiters, bus team, bartenders, to our chef team. And our guests also enhance the overall Piero’s feel. There’s truly a family atmosphere at Piero’s that is unmatched anywhere else in Las Vegas.”

Phillippe “Frenchie” Bouhourdin, the managing captain, has been at Piero’s for more than 23 years and still gets excited to walk through the door each night.

“Anybody can serve food, but that’s just the beginning at Piero’s,” says Bouhourdin. “We know our customers and they know us. We take care of people and are genuine and serve with the heart. That’s the secret. I think it’s also important to establish a trust with the customer and that forms the foundation of quality customer service. The proof we are doing a good job is that we have so many customers return again and again. There is no better confirmation than that.”

Even the bartenders get in on the act, from heavy pours in the drinks—especially the house special martinis–to knowing what regulars want, even before it’s ordered.

“I can’t count the amount of times someone will say to me, ‘I can’t believe you remembered that’ when we know their names or their drinks, or both,” says Bruce Ryan, a longtime bartender who estimates he knows the drink choice of at least 150-200 customers, maybe more.

Dwayne “The Rock” Johnson is one of hundreds of superstars who have experienced Piero’s and says this about the word, consistency:

Just as it has come to Piero’s.