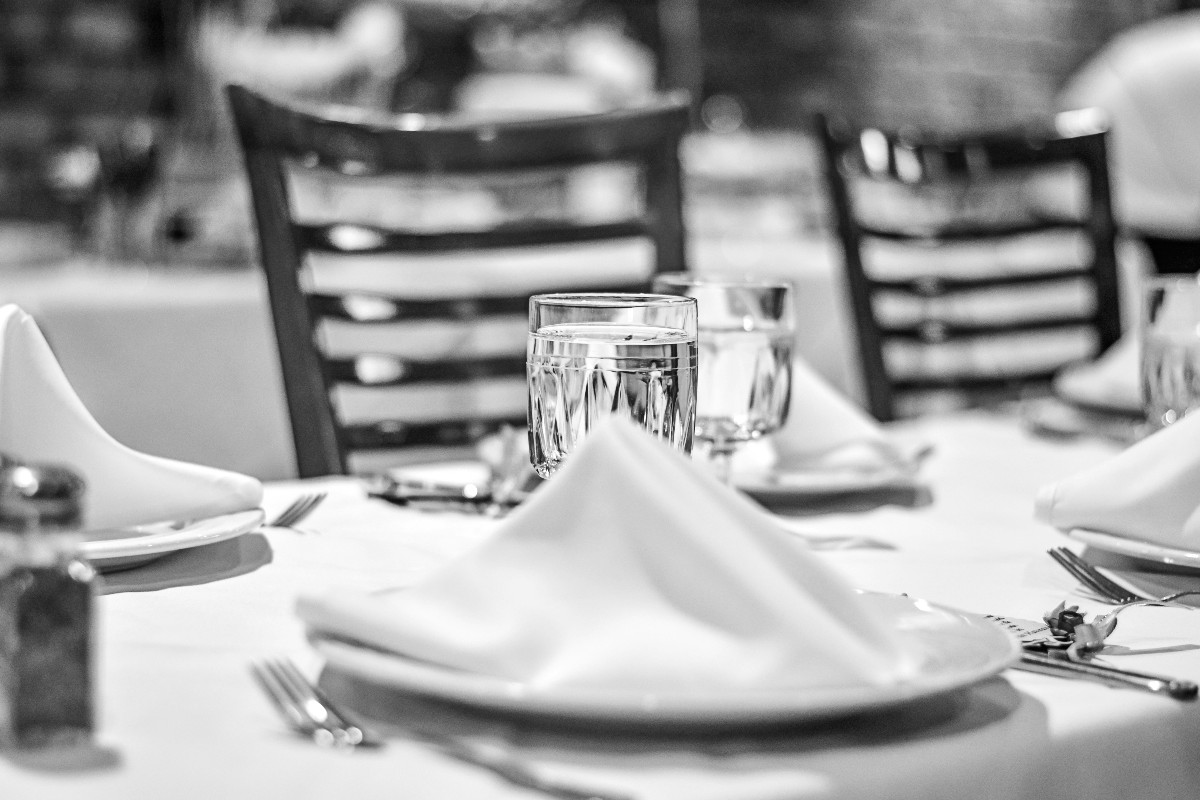 Piero’s Italian Cuisine is the kind of place people go to celebrate a special occasion, run into a celebrity, or broker a big deal. Regulars have their favorite booths in the A-Room, the high-profile dining room where servers in white tuxedo jackets and white shirts with black bow ties and black slacks roll out dishes on garadons. Aldo Luongo lithographs and original oils by José Bellver line the walls as diners order osso bucco or garbage Caesar salads, two of the restaurant’s most popular dishes. Back in the 1980s when Evan Glusman’s father Freddie opened the restaurant, everyone from Sammy Davis Jr. to Phyllis McGuire frequented the high-end Italian eatery. Even now, amid a pandemic, the restaurant stays hush-hush about the celebrity clientele who continue to visit, preferring to let the big names dine in relative privacy next to power brokers in their $3,000 suits.

Since last March, most major conventions canceled plans in Las Vegas as the state essentially shut down large gatherings to slow the spread of COVID-19. Guaranteed money makers such as the Consumer Electronics Show with its 182,000 attendees in January went virtual. Piero’s remained closed until October, and now only operates on Friday and Saturday nights. As Nevada moves to expand occupancy rates inside restaurants, food and beverage industry workers are finding the new restrictions still difficult to manage. Glusman, the general manager at Piero’s, which has been operating for 39 years near the Las Vegas Convention Center, finds navigating the new normal a challenge at best.

The massive restaurant seems intimate with six smaller rooms such as one dedicated to the late UNLV basketball coach Jerry Tarkanian and the Monkey Bar at the front. Piero’s can seat 460 people, and at 35 percent capacity, that means 161 diners at tables set six feet apart with tables of up to six diners, per state COVID restrictions. “We’re lucky to operate at the capacity we have,” Glusman says. “Many of our guests were parties of six, eight, and more. We have lost our event business due to social distancing and seating restrictions.”

Even though people are dining out during the pandemic, Glusman says that the average check dropped from $135 per person to $97 per person. “The whole dining experience is different,” Glusman says. “Having more people in the restaurant makes the atmosphere and energy more lively. Piero’s has some of the best food and service in Las Vegas, but a big part of the Piero’s experience is ambiance as well.”

Glusman — who brought on Vegas veteran chef Chris Conlon to take over the kitchen in early 2020 after chef Gilbert Fetaz, who had been with Piero’s since the beginning, retired to his native France in 2019 — says he decided to trim down the 56-item menu that included an additional 10 to 12 nightly specials including three or four fish flown in daily during the pandemic. Now in order to cut down on costs and waste, the menu offers a trim 23 items with six nightly specials, including maybe two fish dishes.

Fortunately, Glusman started working the SecretBurger, the website that features limited-edition takeout and in-person dinners, to help with events spanning a tailgate menu for football games, Italian nights, Thanksgiving dinner, Christmas dinner, and a New Year’s Day hors d’oeuvres and cocktail package during the pandemic. “They performed really well since people want to have restaurant-quality meals, but want to be able to take the restaurant home with them to enjoy with their families,” he says. The restaurant also offers takeout from the menu on Friday and Saturday nights, as well as wines to go. He plans to start a catering program, where Conlon will go to private residences and cook at their house, Piero’s style.

Already, the outlook for 2021 looks up. He says he already started taking deposits on parties in October and November, and even into 2022 for the return of CES. “We’re seeing that people want to come back to Vegas. It’s just a matter of the country opening back up and things returning to normalcy,” he says. The Las Vegas Convention Center just wrapped up a $980 million expansion that includes an additional 1.4 million square feet of space and a 14,000-square-foot terrace for receptions of up to 2,000 people.

In 2022, he plans to open Platform One, a food hall with more than 20 different local chefs providing the food, at UnCommons, the mixed use property under construction at Durango Drive and south of the 215 Beltway, across from Ikea. He’ll take some of the lessons he learned during the pandemic — including takeout, delivery, touchless pickup, and outdoor space — into the new food hall.

Glusman says he wants to see everything open up safely, but sees a shift in the way people are eating that he believes will stick around. “A lot of families, including my own, are making dinners and meals at home together. People are saving money by not eating out, and I don’t think that will switch back quickly or easily. I believe that when we come out of this pandemic, there’s going to be a ramp-up period when people will start getting out again and spend what they were pre-COVID on food and beverage and entertainment.”

Which could mean good news for Platform One: “Being able to get 20 different items under one roof is huge and it will attract both Vegas locals and tourists alike, especially with it being designed to be flexible in a post-pandemic world.” Glusman says the venue includes outdoor seating and since it was designed during the pandemic, takes ever-changing COVID-19 restrictions into consideration, although he says he’s still negotiating the lease at UnCommons.

On the Piero’s side, he worries that the higher price point and location might be detrimental to the restaurant. “It’s farther away from where many locals live. We’re competing against other Strip and hotel restaurants. Without conventions and tourism, it is definitely going to be more competitive until tourism picks back up and conventions return.”

His staff works fewer hours while the restaurant is only open two nights a week, and he hopes that diners who can afford to overtip do. “This is the backbone of Las Vegas and we need to take care of each other now more than ever.”

For now, Glusman spends time in A-Room, greeting celebrities or sitting at the bar where he can overlook the dining room. Throughout the night, he touches tables to say hello to regulars and newcomers alike. And while the signature table-side service pauses, Piero’s carries on, awaiting fewer COVID restrictions so business can return to normal.