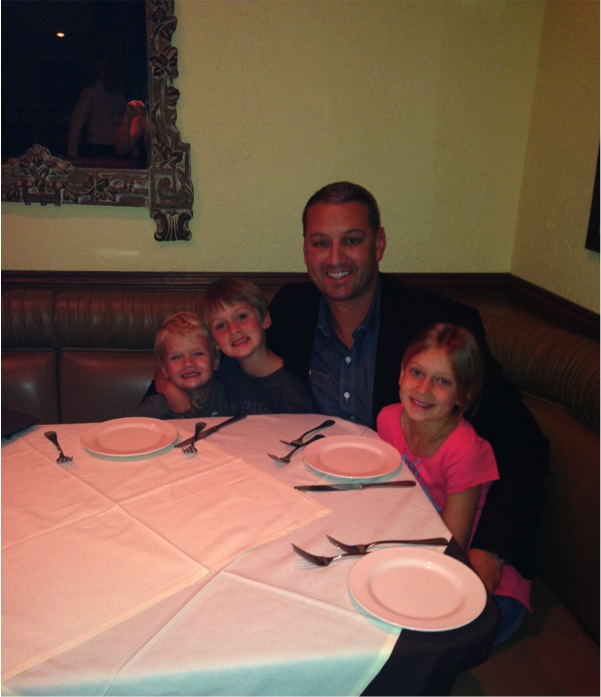 Since we had the chance to sit down with Alida Glusman on Mother’s Day, we decided to get some insight from the Glusman kids in honor of Father’s Day. The results? Dad (Evan Glusman) is their “best friend” and they “love him really, really, really much.”

What are your favorite things to do with Dad?
Watch movies (Harry Potter, Grown Ups and Star Wars)
Wrestle (Which we were informed the Glusman kids “always win” against Dad)
Swim
Play board games like Sorry
Cook S’mores

To conclude our interview with the Glusman kids we asked, “What do you have planned for your Dad on Father’s Day?” And, as much as we would love to indulge you with the “surprise” they have planned, we have been sworn to secrecy until after Father’s Day.

Tune back in after Father’s Day so we can update you on what the Glusman kids “surprise” for their dad was and how it went!